Joseph Lichtman, a young man from Frankfurt, is determined to escape the culture of the ghetto, still dominant fifty years after Napoleon. Dramatically, he not only leaves his family, but also steps back from his faith.

Reaching Cologne, he successfully climbs the cultural and social ladder as a journalist. But the higher he gets – losing himself in the rich life of the enlightened circles of European culture – the more he experiences his own limitations and ultimately, emptiness. In the end, his detachment and loose liberal views land him in a Venetian prison.

Joseph’s search for light and spiritual freedom, against the background of the ongoing enmity against Jews in Europe, eventually brings him to Palestine. There, he faces the challenges of this new land with his wife and son in a complex blend of cultures and religions. He eventually witnesses the courageous, but unsuccessful attempt to start a new agricultural settlement, Petach Tikva. Joseph endures the harsh conditions of his new land with emotional consequences. In time, these experiences lead him to recognize a good greater than his own well-being.

Be the first to review “Ephraim’s Bones” Cancel reply 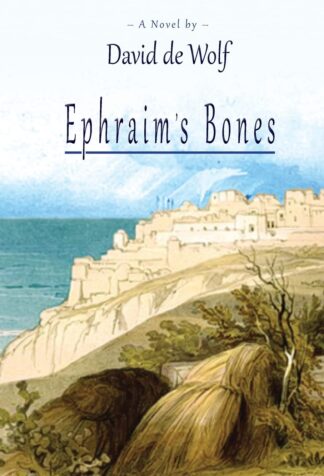