Roots of Democracy and Pluralism in the Jewish Tradition

Roots of Democracy and Pluralism in the Jewish Tradition is a study book consisting of an analysis of issues and sources on the democratic and pluralistic nature of traditional Judaism as a religion. The heart of the book is a response by the author, Jeffrey Radon, to an article concerning relations between religious and secular Jews, and between orthodox and non-orthodox Jews.

There is a widespread conception not only in the orthodox world (modern orthodox and ultra-orthodox) but also in the secular Jewish world according to which there is an opposition between Judaism and democracy. Jeffrey Radon argues that this is a misconception – and, there are very deep roots of democracy, pluralism, mutual respect and tolerance in the Talmud as the basis of the Jewish rabbinic tradition. 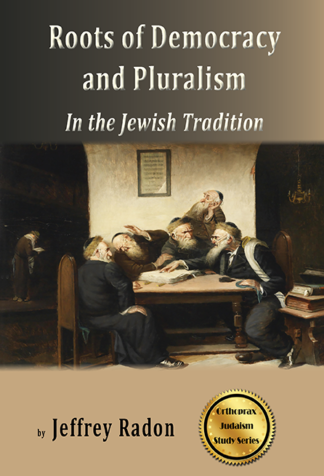 You're viewing: Roots of Democracy and Pluralism in the Jewish Tradition
Order From Amazon